A walk on Mt. Mitake brings encounters with wolf and mountain lore

The Musashi-Mitake-jinja Shrine is believed to have been founded in 90 BC by Emperor Sujin, which makes it one of the oldest in Japan. However, the shrine also records that Priest Gyōki built a hall on this site and enshrined the Zaō Gongen statue in it in 736. The mountain, close to Tokyo, has been known as a sacred mountain and an object of worship since ancient times. 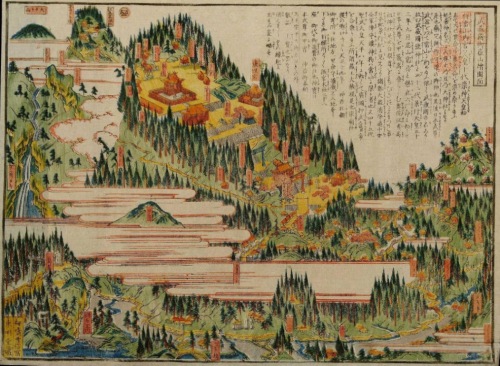 Hinting of the antiquity of the mountains’ ritual practices, the Hinode (Sunrise) Festival is the annual spring festival of Musashi-mitake Jinja Shrine. It is the most important of this shrine’s festivals.

The name of this festival comes from a ceremony held when reaching the peak of the mountain by Buddhist mountain priests, which is thought to be the origin of the 2000-year-old festival, which was supposedly held together with the sunrise on February 8 according to the old lunisolar calendar. These days the festival is held on May 8. (See photo of sunrise on Mt Mitake here.)  Despite the Shinto jinja’s presence being thought of as Shinto, we can see how the syncretism of faiths, of Shinto and Buddhism practices, was at work and was the norm from early times.

The Festival on May 7 includes a present-day solemn Shinto procession starts from the plaza in front of the cable car station on the mountain’s summit and winds through the Mitake village. Mainly focused on a mikoshi (a palanquin-styled portable shrine), this procession also includes Shinto priests, men dressed in white, armored warriors, and children.

After passing through the village, the procession goes up 300 stone steps to the main shrine at the summit of Mt. Mitake (929 meters high). While the initial procession ends at the location of the sacred palanquin with the receipt of symbols of the deities accompanied by gagaku (traditional Japanese court music) performed at twilight and the faint light of the lamps. At the end, participants are entertained by a kagura (Shinto music-and-dance) performance at the end.

From the 17th century, commoners began to visit the shrine, and to accommodate all the pilgrim visitors to Mt. Mitake to pray at Mitake-jinja Shrine, the path to the mountain shrine became dotted with Shukubo temples lodgings. Many of those Shukubo lodges remain open today especially to kendo martial arts practitioners and others here to practise mountain austerities and meditation.

As to the origin of the Japanese solar cult religions, author Jacques H. Kamstra – in his 1967 book, “Encounter Or Syncretism: The Initial Growth of Japanese Buddhism” has made strong connections between hi-kami and hinode matsuri practices and the northern Asian continental solar cults possibly via Korean immigrants. 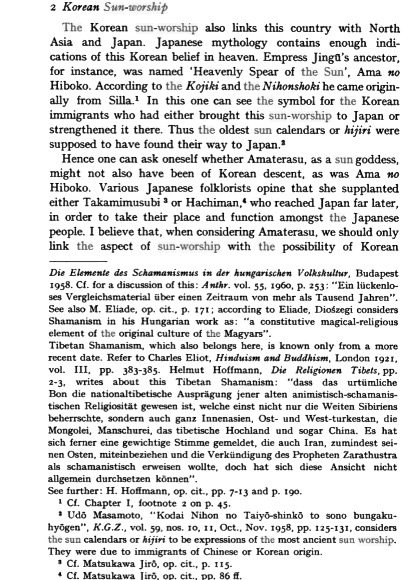 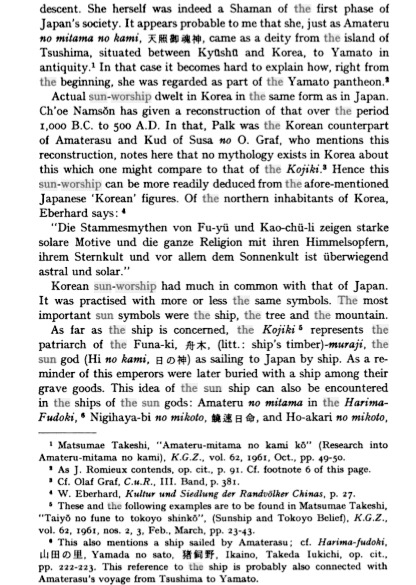 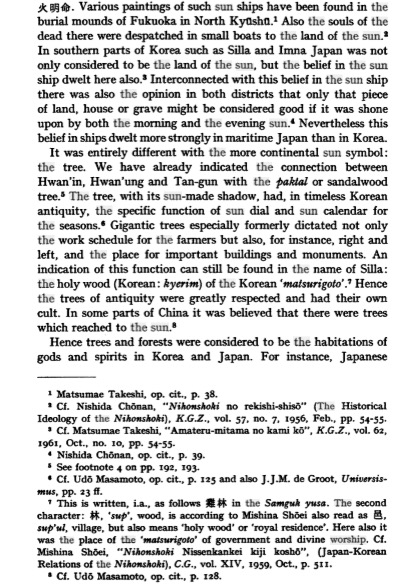 Like most mystical mountains, this one comes with its own set of folklore and legends. But among the folklore, wolves are beloved heroes and not the big bad wolves of modern fairytales. And they are seen in several forms on this mountain, as guardians of the small Inari shrine here, and as venerable guardian Shirookami deity of the Musashi-Mitake jinja, and the sacred messenger that led the legendary imperial ancestor, Yamato Takeru to safety.

Strangely, the baddie in the folklore here is a stag which is honoured elsewhere as a messenger of the gods at Kashima shrine in the east and in Nara’s imperial sheine. According to legend, wolves led Prince Yamato Takeru back to safety after a mountain demon disguised as a stag, led him astray on the slopes of Mount Mitake. Not surprisingly, the prince declared the wolves divine, and that is how they became sacred guardians of the Mitake mountain peak. (One wonders if the stag vs wolf opposition is merely a depiction of totemic animal symbols representing euphemistically an ancient tribalistic rivalry between political factions’ rulers.) 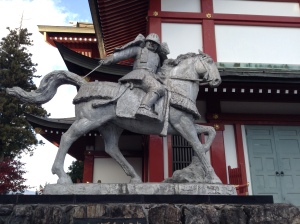 The statue of the Kamakura period warlord-Shigetada Hatakeyama on horseback adds an air of samurai splendour to the already colourful shrines. The shrine’s treasure house is also famous for the Akaito Odoshi Yoroi (red-thread-armour) offering (now designated a national treasure) dedicated by Hatakeyama Shigetada in 1191.

Shrine visitors are set to increase in the zodiac Year of the Dog as in 2018. Lots of votive emas of the wolf-dog will be offered up.

You can view the rest of the photos of my walk on Mt Mitake at Field trip: Following the trail of Mt Mitake’s mountain pilgrims

Finally, if you are planning a trip yourself, you can find information on access to the mountain, by clicking on this page and this page.