Every pot tells a story

The earliest Yayoi types of pottery were at first indistinguishable from the latest earthenware of the Jomon culture that came before the Yayoi period.

While old Jomon pottery styles did not disappear completely, new storage styles like those found on the Korean peninsula emerged. These storage jars and a type of cooking pot that emerged in Kyushu from the earliest Yayoi days, were clearly influenced by Korean mulmun plain pottery and the style featuring simpler patterns and shapes spread to southwestern Japan. A common and popular motif used was what historians call the “ryusui” flowing water pattern. 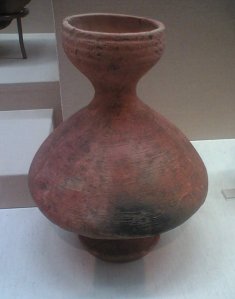 The reddish-brown eathenware known as hajiki became standard daily-use items of most people by the late Yayoi period, which continued well into the 12th century. 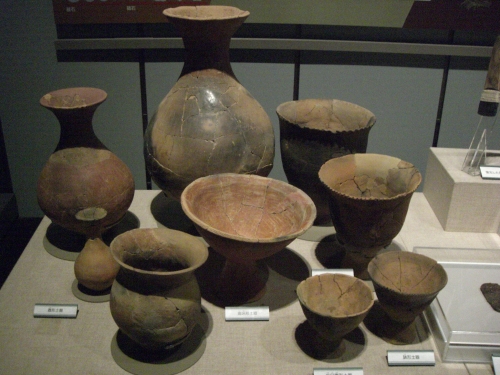 The pottery was fine and even … compared to the rougher textured of earlier Jomon pottery. Yayoi pots were thin-walled and well-made using technologically advanced techniques.

Though simpler, the forms of Yayoi earthenware were so graceful and elegant that they looked as though they had been made on a turntable.

Pottery with elegant and pleasing forms

One pottery style, identical to modern sake (Japanese rice wine) containers, was so pleasing that they have survived till today. 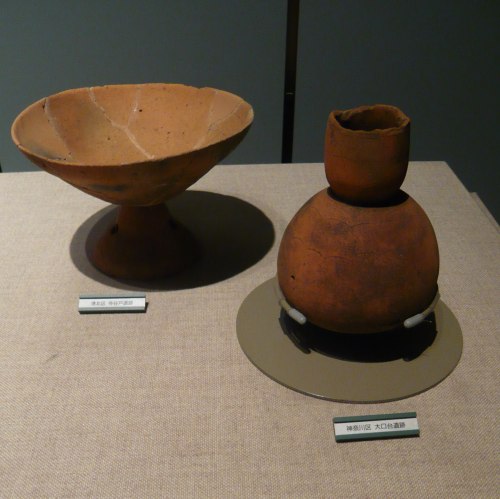 But in other areas of Japan, Jomon styles of pottery modified or were incorporated into the Korean-influenced storage jars and cooking pots that were associated with agricultural uses.

Every family first made its own pots for basic needs like cooking and storage, and later with spare time, ritual purposes such as pottery with stands and other ritual vessels were produced.

The Yayoi people made different types of pots for different uses: jars for cooking; pedestaled bowls used like dishes for serving foods; vases for storing food and water.  Perforated jars were used for steaming foods such as rice.

Pottery production later became a specialist’s craft produced at some specialist centres. Pottery items that were also prized symbols of status that sometimes were buried with important members of society.