In the news: Heijokyo to be recreated in ongoing Nara commemorative project 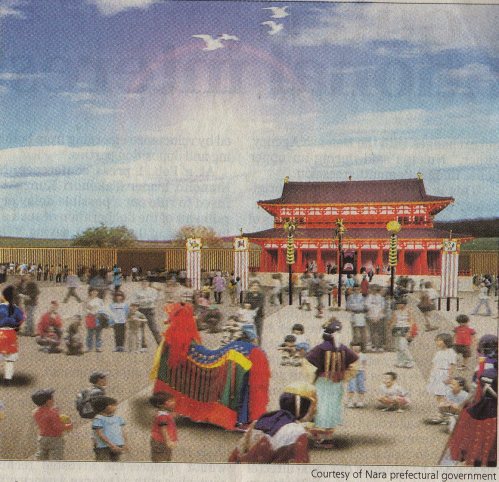 A virtual image of the planned ancient Nara project

In a commemorative project to mark the 1,300th anniversary of Heijokyo, 10 pavilions are being constructed on the former site of Heijokyo palace. The Daigokuden Hall on the site is currently being restored to resemble its original appearance.

A recreation of the Nara period will be effected through various facilities including a museum that revisits the ancient capital through 3D landscapes and a bazaar that recreates the prosperity of the times. There will a museum exhibiting items connected with the nature and culture of Nara, as well as a museum for children that teaches ancient history through excavations and other experiences.

The project is sponsored by an association comprising the Nara prefectural and municipal governments and other bodies.