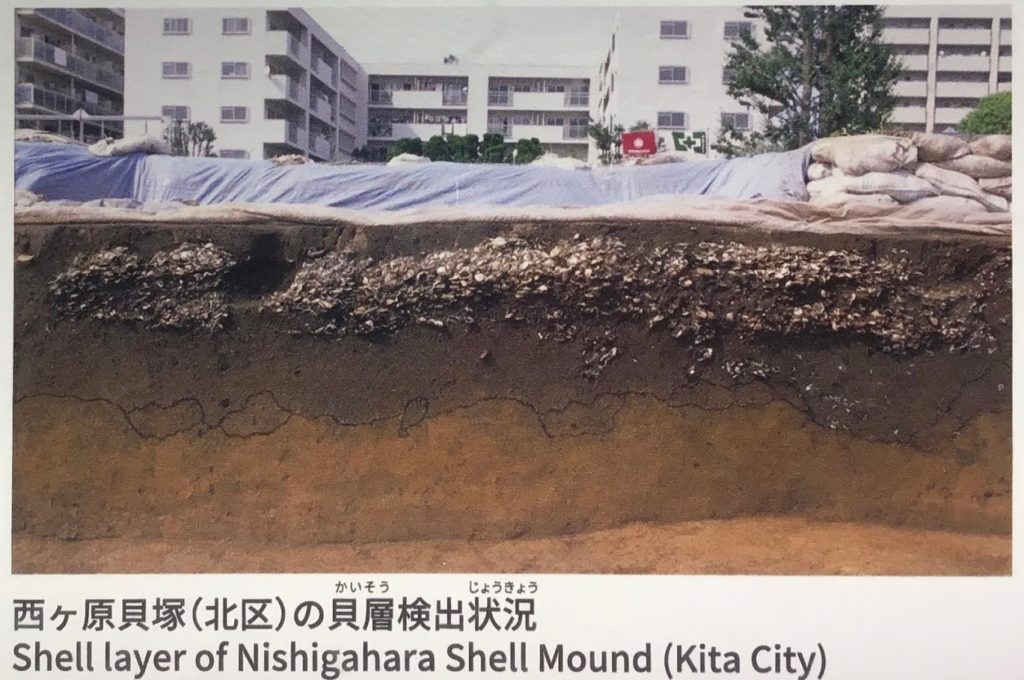 Image of a maize weevil impression from the surface of a pottery fragment.
CREDIT: Prof. Hiroki Obata

Researchers from Kumamoto University have studied nationwide maize weevil impressions from 10,000 year-old pottery,  from the southern Japanese island of Tanegashima,  to pottery fragments from the Sannai-Maruyama site in northern Aomori., to Tatesaki archaeological site in Hokkaido.

The study comparing the differential in the size of  nationwide samples of weevil impressions in the west from the 20 per cent larger ones in the northeast revealed that pots in the west stored acorns while pots in northeastern climes stored chestnuts.

As chestnuts are not native to Hokkaido,  the presence of the maize weevils is evidence that the Jomon people of Tohoku  from south of Hokkkaido, carried supplies including chestnuts infested by weevils, over the Tsugaru Strait by ship.

See excerpts from the study below:

Researchers have discovered an ancient Japanese pottery vessel from the late Jomon period (4500-3300 BP) with an estimated 500 maize weevils incorporated into its design. The vessel was discovered in February 2016 from ruins in Hokkaido, Japan. This extremely rare discovery provides clues on the cultivation and distribution of chestnuts, food in the Jomon era, and the spirituality of ancient Japanese people.

Maize weevils are beetles of the Dryophthorinae subfamily, and are destructive pests of stored rice and grains. By 2003, Jomon-period pottery and pottery fragments containing foreign-body impressions had been collected by various researchers from multiple archeological sites around Japan. Surveys of these impressions exposed hundreds of seed and insect traces on and in the pottery. Over the years, researchers found that maize weevils constituted over 90 percent of all recorded insect impressions.

In 2010, Professor Obata’s research group from Kumamoto University (KU) in Japan found maize weevil impressions in 10,000 year-old pottery that had been recovered from the southern Japanese island of Tanegashima. They showed that maize weevils, which were thought to have come from the Korean Peninsula, had damaged stored food, such as acorns and chestnuts, long before rice cultivation began in the area.

In 2012, the KU research group found maize weevils impressions in pottery fragments from the Sannai-Maruyama site in the northern Japanese prefecture of Aomori. The fact that weevils inhabited an area with a cold winter is an indicator for the distribution food by humans and a warm indoor environment that persisted throughout winter. It is presumed that weevil infestation of stored food was well underway in the Jomon period.

Chestnuts are not native to Hokkaido and previous studies surmised that people carried them to the northern Japanese island. The discovery of weevils at the Tatesaki archaeological site in Hokkaido is evidence that the Jomon people of Tohoku (south of Hokkaido) carried supplies, including chestnuts infested by weevils, over the Tsugaru Strait by ship.

See more photos and read more about the research here.

Ancient Japanese pottery includes an estimated 500 maize weevils -The rare discovery of a vessel with a high number of weevils provides clues to life in ancient Japan (Kumamoto University website) The images above are used in compliance with the image use restrictions from this webpage. See more photos and read more about the research here.

Preparatory drawing (hanshita-e) for an illustrated book, mounted on card. Sea monster assailing a ship. Ink on paper.
© The Trustees of the British Museum

103 recently uncovered drawings by the Japanese painter and printmaker Katsushika Hokusai were added to the British Museum’s collection. The works, which resurfaced for the first time since 1948 in Paris last year, were created in 1829 for an unpublished book titled Great Picture Book of Everything(Banbutsu ehon taizen zu 万物絵本大全図 )

The small-scale works were previously owned by Art Nouveau jeweler Henri Vever, and the museum said in a release that they had been held in a private collection in France before their reemergence in 2019 at Piasa auction house in Paris. AFP reports details about the discovery, see excerpts below:

The British Museum said Thursday it had acquired 103 “lost” drawings from the 19th century of Japanese artist Hokusai, whose internationally renowned work includes the iconic “The Great Wave”.

The black-and-white drawings were composed in 1829, when Hokusai was 70, as illustrations for an unpublished book. They resurfaced in Paris in 2019 after they were last publicly recorded at an auction in 1948.

Their subjects range from the religious and historical to the mythological, and include previously unknown features of Hokusai’s oeuvre such as a musing on the origins of human culture in ancient China, the London museum said in a statement.

“These works are a major new re-discovery, expanding considerably our knowledge of the artist’s activities at a key period in his life and work,” honorary research fellow Tim Clark said.

“All 103 pieces are treated with the customary fantasy, invention and brush skill found in Hokusai’s late works and it is wonderful that they can finally be enjoyed by the many lovers of his art worldwide,” he said.

The drawings are available to view online and will feature in a future, free exhibition, the museum said.